Run Time 90 minutes with no intermission.

Get In Theater TicketsGet Digital On Demand Tickets

“Where We Stand Reveals a Community on the Precipice of a Big Decision. With sensitivity and classically great storytelling skills, Grays asks us to reconsider our notions of justice and revenge, and the perilous chasm between them.” – TheaterMania

“A Pied Piper story that doubles as a boldfaced allegory about class and community,” – NY Times

Where We Stand is a modern fable set here and now asking what does justice look like in our community? In a town running low on compassion, a lonely soul is tempted by the devil’s kindness on a fateful trip to the crossroads. He asks for forgiveness, forcing the community to decide between mercy or justice in this epic tale that weaves humor, music, and poetry. 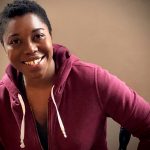 KEVIN R. FREE is a multidisciplinary artist whose work as an actor, writer, director, and producer has been showcased and developed in many places, including FringeNYC; National Black Theater; The  New Black Fest; The Moth Radio Hour; Project Y Theater; Flux Theater Ensemble; the Queerly  Festival (of which he is now the curator), and The Fire This Time Festival, where he served as  Producing Artistic Director for 5 years, winning an Obie for his work in 2015. He is also an  accomplished voice actor, having voiced over 350 audiobooks and creating the voice of Kevin from  Desert Bluffs on the popular podcast Welcome To Night Vale. Recent Directing Credits include The  Last Five Years and Lady Day At Emerson’s Bar & Grill (also with Tracey Conyer Lee), both at  Portland Stage; Topdog/Underdog at University of Arkansas; and GLORY! at Dixon Place; Wendy  and the Neckbeards at Colby College; Marcus; or the Secret of Sweet at UNLV; and Pipeline at Mile  Square Theatre. Upcoming: Everybody at Hofstra University. More info at kevinrfree.com and on  Twitter and IG @kevinrfree

TRACEY CONYER LEE was last at Portland Stage portraying the indomitable legacy of Billie  Holliday in Lady Day At Emerson’s Bar & Grill. Where We Stand marks her return to live theatre since  February 2020 when she performed her 5th production of Lady Day… in Key West. Other recent  onstage: Clairee in Steel Magnolias & Ida Green in Into the Breeches (Alabama Shakespeare Festival); Tanya Starr in On the Grounds Of Belonging (World Premiere-Long Wharf Theatre); Cynthia in Sweat  (Pittsburgh Public Theatre). She is grateful to be coming back to New England later this summer to  play Mrs. Webb in Our Town, outdoors, with the Peterborough Players. 75+ other productions include  original off-Broadway roles, Carbonell, NAACP & Barrymore Award winning roles, Yale Rep,  Baltimore Centerstage, Denver Center, Actors Theatre of Louisville, St. Louis Rep, Cincinnati  Playhouse, Westport Playhouse and more. Currently recurring on “FBI”, other tv includes “The Path”,  “SMASH”, “L&O: Criminal Intent”, “Ed”, “All My Children” and “Guiding Light”. Also a  playwright, Ms. Lee’s work includes development or production in New York, Boston, DC, Vermont  and Chicago. Her musical, Triple Threats, which she first penned in PSC’s actor housing, is currently  being workshopped by NYC’s Boomerang Theatre Company. For more www.traceyconyerlee.com Thanks, Kev!!