THE ALL NIGHT STRUT!

Conceived and originally directed and choreographed by Fran Charnas.

Swing’s the thing in this classy, sassy musical celebration of the 1930s and ’40s. From the funky jive of Harlem to the sophisticated elegance of El Morocco and the romance of the Stage Door Canteen,  The All Night Strut! moves through the Depression, World War II and the post-war boom in a two-act musical celebration of the 1930s and ’40s, filled with jazz, blues, bebop and American songbook standards. Weaving together the work of legendary songwriters such as Hoagy Carmichael, Frank Loesser, Duke Ellington, Johnny Mercer, Cab Calloway and the Gershwins, the story moves through time and place to highlight a slick slice of yesteryear and capture a beloved American era. This international hit has delighted audiences old and young with its sublime music and sheer energy with songs including “Minnie The Moocher,” “In The Mood,” “Fascinating Rhythm,” “Hit That Jive, Jack,” I’ll Be Seeing You,” “It Don’t Mean a Thing if it Ain’t Got That Swing,” and “As Time Goes By.”

The All Night Strut!

The All Night Strut! from Maine State Music Theatre on Vimeo.

The All Night Strut! Preview - Footage from past production at Fulton Theatre 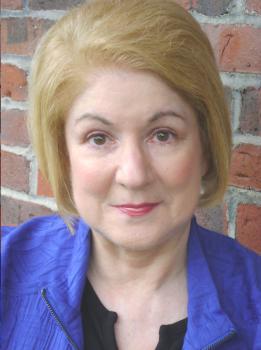 Fran Charnas has worked as a producer, director, choreographer, writer, and teacher. Her award-winning musical, THE ALL NIGHT STRUT!, has toured extensively, performed with the Boston Pops and the Glenn Miller Orchestra and was nationally broadcast on PBS-TV. She has just recently completed a sequel, IN THE GROOVE and is co-author and director of SHEBOPPIN, a coming of age in the 60s musical about four girls who work in a beauty shop. Currently, Fran is at work on a musical based on the life of the legendary singer and actress, Ethel Waters. A professor at the Boston Conservatory, she teaches Musical Theatre Performance and leads workshops in song interpretation and popular American vocal and dance styles of the twentieth-century. Fran also works with NOMTI (New Opera and Musical Theatre Initiative) as a director and adjudicator.