On sale to the general public February 21. 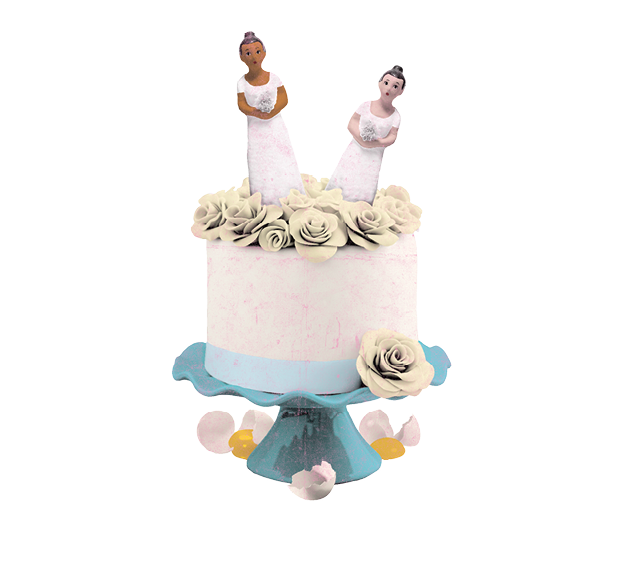 Della has planned to bake Jen’s wedding cake since she was a little girl,
but when Jen comes back from NYC with her fiancée Macy, Della doesn’t
know what to do. This deliciously funny comedy asks what happens
when what we believe comes in conflict with those we love.

The Cake is presented by arrangement with Concord Theatricals on behalf of Samuel French, Inc www.concordtheatrscals.com.

As a TV writer and producer, she has written for Switched at Birth, American Gods, This is Us and Maid (Netflix, 2021). She is currently developing a TV adaptation of the musical Oklahoma! with John Lee Hancock and Skydance Television. She has previously developed content with Bad Robot and Hulu.

As a playwright, her work has been staged and developed by The O’Neill Playwright’s Conference, The Atlantic Theater, Portland Center Stage, The Old Globe, La Jolla Playhouse, Naked Angels, South Coast Repertory, The Echo Theater and Ojai Playwright’s Conference. Her play The Cake has been produced over 80 times worldwide and ran off-Broadway at Manhattan Theater Club. She is currently working on Commissions for South Coast Rep, Manhattan Theater Club, Barrington Stage and Playmaker’s Rep. She is currently developing a musical adaptation of The Notebook with Ingrid Michaelson.

She is an alumna of the CTG Writers Group, Primary Stages writes group, Ars Nova Play Group, The Playwright’s Realm, the Women’s Project Lab, and the Echo Playwright’s Group.