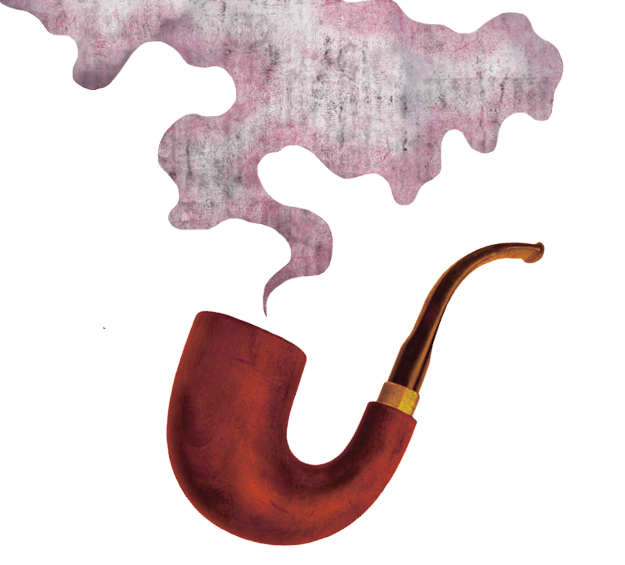 Follow Sherlock Holmes and Dr. John Watson on two of the detective’s
most daring cases: A Scandal in Bohemia and The Final Adventure.
Effortlessly woven together by Steven Dietz, these stories introduce us to
Sherlock’s greatest love, Irene Adler, and his fiercest rival, James Moriarty.

On sale to the general public Sept 13th. Subscribe to the season for early access to all shows!

Steven Dietz (Playwright)‘s thirty-plus plays and adaptations have been seen at over one hundred regional theaters in the United States, as well as Off-Broadway. International productions have been seen in over twenty countries and his work has been translated into ten languages. Recent world premieres include BLOOMSDAY (2016 Steinberg New Play Award Citation); THIS RANDOM WORLD (40th Humana Festival of New American Plays); and ON CLOVER ROAD (NNPN “rolling world premiere”). Other recent work includes RANCHO MIRAGE (Edgerton New Play Award), THE SHIMMERING, and AMERICAN LA RONDE. His two-theatre commission of companion plays for adult and young audiences—THE GREAT BEYOND and THE GHOST OF SPLINTER COVE—will premiere in 2019. A two-time winner of the Kennedy Center Fund for New American Plays Award (FICTION, STILL LIFE WITH IRIS), Dietz is also a two-time finalist for the American Theatre Critic’s Steinberg New Play Award (LAST OF THE BOYS, BECKY’S NEW CAR). He received the PEN USA West Award in Drama for LONELY PLANET, and the 2007 Edgar Award® for Drama for SHERLOCK HOLMES: THE FINAL ADVENTURE. Other widely produced plays and adaptations include YANKEE TAVERN, JACKIE & ME, SHOOTING STAR, DRACULA, INVENTING VAN GOGH, GOD’S COUNTRY, PRIVATE EYES, and THE NINA VARIATIONS. Dietz taught in the graduate playwriting and directing program at UT/Austin for twelve years, and continues to work as a Dramatists Guild “Traveling Master,” offering workshops and master classes around the country.

Sir Arthur Conan Doyle was born on May 22, 1859, in Edinburgh, Scotland. The son of Irish Catholic parents, Doyle was educated by Jesuits in both Austria and England. He went on to attend Stonyhurst College and the University of Edinburgh where, in 1881, he received his degree in medicine. After graduation, he gained employment as ship’s surgeon on a whaling ship destined for the Arctic. When he returned, he settled in Southsea, England, where he practiced medicine from 1882 to 1890. In 1887, Doyle’s now-famous sleuth, Sherlock Holmes, was introduced in a lackluster short story titled “A Study in Scarlet.” Doyle had fashioned the private investigator on a professor he’d had during his days at University, Dr. Joseph Bell. Bell, however, consistently denied being an inspiration for the character. Despite the first story’s poor showing, Doyle was convinced to continue the series. He wrote the novelette “The Sign of Four” and completed twenty-four short stories under the titles “The Adventures of Sherlock Holmes” and “The Memoirs of Sherlock Holmes.” Each of the short stories was published in “The Strand Magazine.” Despite the tepid response to his first story, the subsequent tales of Sherlock Holmes gained popularity very quickly. They became so popular, in fact, that Doyle gave up his medical practice to devote all his efforts to writing. After about five years of writing the Sherlock Holmes stories, Doyle began to tire of the work. As a solution, he published “The Final Problem,” which described the death of Sherlock Holmes. “The Strand Magazine’s” readers were outraged but could do nothing. It was not until ten years later that Doyle, in a reconciliatory gesture, proclaimed that the word of Holmes’s demise was greatly exaggerated, and he produced another series of short stories for “The Strand Magazine.” In total the Sherlock Holmes series included fifty-six short stories and four novelettes. After his final stories of Sherlock Holmes, Doyle returned to medicine. He served as a physician in the Boer War and when he returned to England, wrote three books. Together they detailed his experiences in the war and justified England’s involvement. For his public support of England, he was knighted in 1902. Doyle continued to write but after his son was killed in battle during World War I, his writings turned to more existentialist topics. He turned from Catholicism to spiritualism in an attempt to heal the pain he felt at the loss of his son. While Doyle is primarily known for the creation of the famous sleuth and his sidekick, Dr. Watson, Doyle also wrote a historical romance titled “Micah Clarke” in 1896. His final work was an autobiography, published in 1924, titled “Memories and Adventures.” Doyle passed away on July 7, 1930, in Crowborough, Sussex, England.

William Gillette was an American actor, playwright, and stage manager in the late nineteenth and early twentieth centuries, and is best remembered today for portraying Sherlock Holmes. Gillette’s most significant contributions to the theater were in devising realistic stage settings and special sound and lighting effects and, as an actor, in putting forth what he called “The Illusion of the First Time.” Born in the era of melodrama, with its grand gestures and sonorous declamations, he created in his plays characters that talked and acted the way people talk and act in real life. His first play, THE PROFESSOR, written by, directed, and starring William Gillette opened at the Madison Square Theatre. THE PROFESSOR ran for 151 performances and then toured as far west as St. Louis. During the run of THE PROFESSOR, Gillette collaborated with Frances Hodgson on ESMERELDA, which ran for nearly one year. In 1884, Gillette adapted from the German, directed and starred in THE PRIVATE SECRETARY, based on Gustav von Moser’s “Der Bibliothekar.” In 1886, Gillette wrote what is usually regarded as the first important drama on the Civil War: HELD BY THE ENEMY. In 1895, Gillette wrote another Civil War spy story, SECRET SERVICE, which ran for over a year. In the previews in Philadelphia, the leading role was played by Maurice Barrymore. He was replaced on Broadway by Gillette. The London cast included a young Ethel Barrymore. In 1899, Gillette adapted “Sherlock Holmes” for Broadway. Many of the characteristics of the great detective which we still associate with him were created by Gillette, not Conan Doyle. The London cast included a twelve-year-old Charlie Chaplin. He created a number of starring roles in plays by James M. Barrie, including THE ADMIRABLE CRICHTON (1903) and DEAR BRUTUS (1918), with a young Helen Hayes. In 1913 Gillette delivered a famous address called “The Illusion of the First Time in Acting” to the American Academy of Arts and Letters.