Too Strange to Live, Too Weird to Die - A Staged Reading Series presents

Too Strange to Live, Too Weird to Die is back!
This reading series, curated by Literary Manager Todd Brian Backus, features beautiful and bizarre plays that stretch the limits of the theatrical imagination.

“Where are you? Because listen, I think… I think she may have like Magical Powers… I’m serious. Seriously. I’m serious. I know that sounds… But I’m serious…” Asian-American twins M and L have given up everything to get into The College. So when D, a one-sixteenth Native American classmate, gets “their” spot instead, they figure they’ve got only one option: kill him. A darkly comedic take on Shakespeare’s Macbeth about the very ambitious and the cut-throat world of high school during college admissions.

Funded in part by a grant from
the Maine Arts Commission. 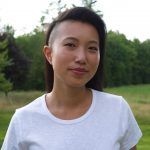 Ophelia Hu Kinney (L, she/her) is an untempered storyteller. She is a child of immigrants, and she lives with her wife and their animals in Scarborough. She writes; she works for LGBTQ+ justice in the big-C Church; and she serves on the staff of a fiercely loving, justice-seeking little-c church in Portland. This year, she had the honor of playing one of five Betties in Collective Rage at Mad Horse. 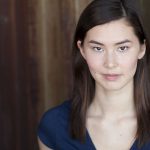 Erica Murphy (M, she/her)  is an actor, educator, and movement specialist based in Portland. In Maine, she has performed and worked with Portland Stage, Good Theater, Mad Horse Theatre Company, Fenix Theatre Company, Ziggurat Theater, Theater at Monmouth, and The Children’s Museum & Theatre of Maine. She has also performed in world premieres in Chicago and New York City. Some favorite recent productions include Balloonacy (The Children’s Museum & Theatre of Maine), Eurydice (Fenix Theatre Company), Ninshaba (Ziggurat Theater), and As You Like It (Theater at Monmouth). Erica is a certified Feldenkrais practitioner, and a graduate of The Theatre School at DePaul University and the Jacques Lecoq International School of Theater in Paris. She is represented by Dirigo Talent, works as a Theatre Programming Associate at The Children’s Museum & Theatre of Maine, and teaches theater at the University of Southern Maine. 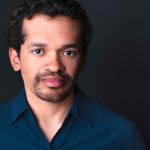 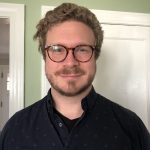 James Patefield (D, he/him) is a Portland-based actor, director, and fight choreographer. He has been Director of Audience Services/Community Engagement at PortFringe, Maine’s Fringe Festival, one half of Wolpertinger Battalion, and an education artist at Portland Stage. He helped found Bare Portland and helped make a lot of plays about and featuring the beauty of trash, including Storage and The Yellow Wallpaper. Other favorite local credits include A Midsummer Night’s Dream with Fenix Theatre Co. (co-director), The Song Bird with Stages, The Explorer’s Club with Mad Horse (Walling), Arsenic and Old Lace with Portland Stage (Teddy), and Wolpertinger Battalion’s Pity Party. His fight choreography has also been seen in 60Grit’s Bug and Bare Portland’s Macbeth, of which he was also co-director. James lives in Portland with his partner Mackenzie and their two cats. Look for an article about James’ artistic contributions in the September issue of Maine magazine. 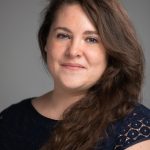 Mackenzie O’Connor (Dirty Girl, she/her) is a founding former member of the Bare Portland Art Collective, sits on the PortFringe Festival committee, and spends most of her time doing site-specific performance art with some amazing collaborators. She studied Theater Performance and Music at Muhlenberg College in Pennsylvania and focused most of her education in Avant-garde Theater. Mackenzie lives in Portland with her partner James and their two cats. In her other life, she is pursuing a seminary degree to become an inter-faith hospital chaplain. Look for an article about Mackenzie’s artistic contributions in the September issue of Maine magazine.

Todd Brian Backus (Director)  is a new works director, dramaturg, illustrator, and literary manager based in Portland, Maine. He likes to work on “weird theatre” by which he means: Sci-fi plays about absentee voting, Chekhovian cavemen plays, time-traveling gentrification musicals for kids, and plays that combine poetry, swordplay, and ghosts. He’s hoping this series will get more people interested in plays outside the living room. Todd is a co-producer of Dungeons + Drama Nerds, a podcast that explores the intersection of theatre and tabletop roleplaying games, a co-founder and Artistic Producer with PowerOut, and a co-founder and producer of Hot Pepper Theater. Find him just about everywhere @tbbackus.

Sponsored in part by