Celebrate the Holiday Season with this beloved American classic. This heartwarming story of renewal is presented as a 1940’s radio broadcast with sound effects performed live on stage.  With the help of an ensemble and an angel named Clarence, George Bailey learns the million different ways that we are tied to those around us.

WHAT IS A LIVE RADIO PLAY?

Before television, the largest popular form of entertainment was the radio. Much like today, families would have their dinner and then sit around the radio waiting to hear either the news or their favorite radio program. Radio shows were usually done by just a few actors playing multiple characters and there was a person responsible for all of the sounds created during the show. “Commercial Breaks” were done by the same actors that enacted the plays! Comparisons to today might be Prairie Home Companion, the live radio show by Garrison Keillor.

Meet the children of IT'S A WONDERFUL LIFE: A LIVE RADIO PLAY

Audience's Respond to IT'S A WONDERFUL LIFE: A LIVE RADIO PLAY 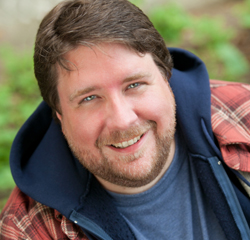 Joe Landry’s plays have been produced across the country and internationally, and include It’s a Wonderful Life: A Live Radio Play, Reefer Madness, Vintage Hitchcock: A Live Radio Play, Eve & Co., Beautiful, Hollywood Babylon, and Numb. Mr. Landry attended Playwright’s Horizons/NYU, founded Second Guess Theatre Company in Connecticut and is a member of the Dramatists Guild of America. He is currently developing new projects for the stage and screen.