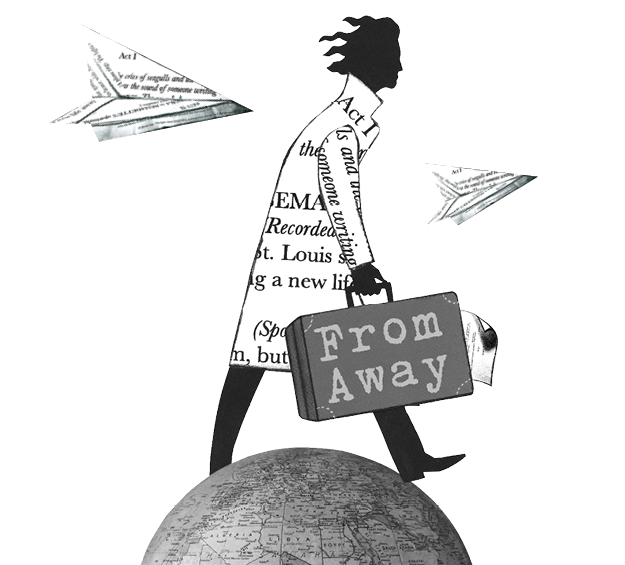 This year From Away is back! Since 1997 Portland Stage has worked with the International Writing Program (IWP) at the University of Iowa to bring international playwrights into the conversation at Portland Stage. This year’s presentation will be a prerecorded selection of excerpts (in English) from writers Candace CHONG Mui Ngam 莊梅岩 (Hong Kong), Alexandra K* (Greece), and Gabrielė LABANAUSKAITĖ (Lithuania).

After the excerpts stay tuned to view a discussion between our Literary Manager, Todd Brian Backus, and the playwrights. This video is available for a limited time only and will be viewable from November 30th – December 3rd.

Candace CHONG Mui Ngam 莊梅岩 (playwright, screenwriter, translator; Hong Kong) has, apart from writing drama, also collaborated in musical theatre and opera as writer and librettist. Selected by the South China Morning Post as one of Hong Kong’s 25 most inspirational and influential women, she is a six-times winner of the Hong Kong Drama Awards, the recipient of a Best Artist Award (Drama) by the Hong Kong Arts Development Council, and of a number of international honors. Her plays have been performed on European and American stages, translated, and published. She participates courtesy of the Robert H. N. Ho Family Foundation.

Alexandra K* (KATSAROU)  Αλεξάνδρα Κ* (fiction, drama, screenwriting, journalism; Greece) has collaborated with the National Theatre of Greece, the Greek National Opera and other major cultural institutions. Ηer 2018 play Επαναστατικές Μέθοδοι για τον Καθαρισμό της Πισίνας σας [Revolutionary Ways to Clean Your Swimming Pool] has been translated widely, and received a Eurodram 2019 Prize; her most recent play [Milk, Blood], based on Medea, premiered at the ancient theater of Epidaurus. She is a regular contributor to Greek magazines and newspapers. Her participation was made possible by the Bureau of Educational and Cultural Affairs at the U.S. Department of State.

Gabrielė LABANAUSKAITĖ (poetry, drama, fiction; Lithuania) teaches drama theory and creative writing at the Lithuanian Academy of Music and Theater. A “text producer,” she works across media, often in collective forms, also organizing poetry and stage events. She has published three poetry collections in CD/DVD format as well as a theory of drama narratives, Dramatika; a number of her plays have been staged in Lithuania and abroad. Her participation was made possible by the Bureau of Educational and Cultural Affairs at the U.S. Department of State.

Meet the Directors and the Casts